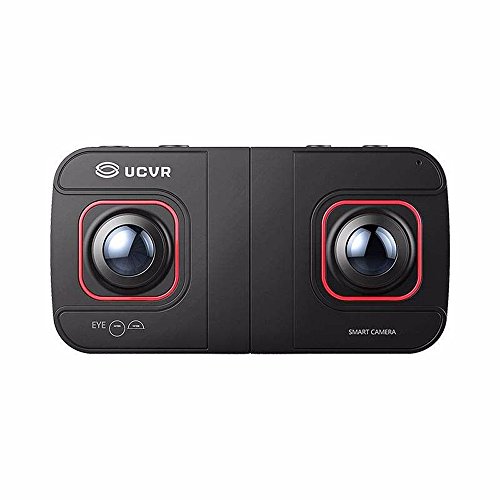 Are you looking for a best binocular that best suit your activity? Well, A newly consumer focused 360 degree 3-D VR camera has been un-veiled at CES 2016 called the VUZE Camera. The camera is charged as the world’s 1st consumer, portable 360 degree 3D VR camera. And it will sell for under $1000. It’s basically a camera that contains 8 lenses that allows the user to capture images and videos in a 360 degree view. The camera not only has 8 full HD cameras enclosure, but also has point and shoot form factor inside it. It has studio software that provides near real time processing of the video and stitching of footage. The software uses a proprietary technique known as Adaptive Blending that mimes the way the human eye interacts with the brain. The camera has been made easy as much as possible to make its use and operation as easy as possible. The Vuze review is summarized below. The camera will be available with its own selfie stick and tripod made specifically for the VUZE CameraEach of the 8 internal cameras has ultra wide lenses to capture180 degree vertical and 120 degree horizontal images 2D or 3D spherical images can be recordedIt captures HD quality videos and photos in 360 degree view with no blind spotsFull Camera Control by way of mobile app on iOS and Android.Has got removable battery and SD card. And the SD card can capture up to an hour of video.The images and videos recorded with the camera can be viewed on VR headset, 3D device, or TV via any VR player.

The camera uses a 4K lenses for each meaning that each eye in the 3D view will be 4K, and hence, a full 3D 4K camera. Each camera is capable of recording 4K video

The camera is able to record seamless panoramic 3D video. And therefore, you are free to pump 4K footage directly to each individual eye in glorious 3D.

The company promised to provide an all you need VR kit with a cam, a tripod, VR headset, their software, and mobile app. In addition, the stitching software should not only be plug and play, but also usable even for non techies.

While what it provides is great, a complete 3D 4K camera with soft-ware, mounts, and a VR headset, the price is quite high as compared to other 360 cameras as it will cost roughly $1,000. And although the other cameras may not be comparable in accessories and features, it may still be a high price point for those searching to get started with 360 cameras.

So do you want to share every angle of your adventure? Well, Vuze is an awesome camera that will do you great. With the amazing videos and images of this camera, you are assured never to regret by purchasing the product. Try and experience yourself!