In this blog post, we will compare and contrast the GoPro Fusion to the GoPro Max. We will go over the technical specifications, features, and tests of both cameras. This comparison is not biased in any way, all information is researched and true. If you’re trying to decide which camera to purchase for your next adventure or project, then this article will help point you in the right direction! 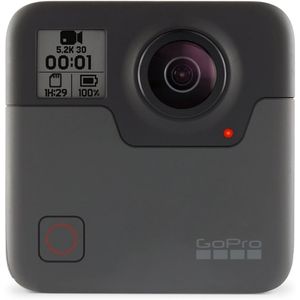 GoPro Fusion: Capture incredible 5.2k videos and 18MP photos with the spherical camera that lets you turn any angle into a traditional shot. Preview and playback shots, edit videos and share them on the spot with the GoPro app. 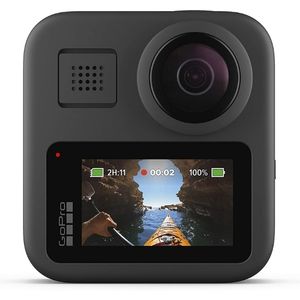 GoPro MAX is the ultimate 360 camera for capturing amazing footage and photos in any situation. This powerful device can shoot 5.6K30 HD video and 16.6MP photos in 360 degrees, letting you capture all the action from every angle. And with its stabilization feature, your videos will look smooth and professional no matter how much movement is involved. With its touch screen display, you’ll be able to easily navigate through all of your recordings, and with 1080p live streaming capability, you can share your experiences with friends and family in real-time.

The Max is considerably smaller than the Fusion, and in person, the difference is more apparent than the stats might indicate. Where the Fusion looked out of place when worn on a bike helmet or handlebars, the Max barely distinguished from a Black camera.

Both cameras are resistant to 5 ATM of water pressure, which is more than enough for snorkeling and swimming. However, because of their different lens designs, they create distortion underwater and need to be treated differently than the GoPro Black series.

The lens can be more dangerous if they stick out. They sell little plastic domes that clip onto the camera to protect it for when you do dangerous things.

The rear of the MAX contains a touchscreen, which is also similar to that on other Hero cameras, making it much easier to use and adjust settings and Modes.

The Fusion lacks a touchscreen, instead, it has a tiny LCD screen that displays the video mode and other basic information.

In comparison to the MAX, switching between shooting modes and configuring parameters on the Fusion takes more work since you must use the shutter and mode buttons to go from one menu to another.

The touchscreen may be used to control the camera on the Max and you can also see the footage during playback.

Both cameras have two ultra-wide 180-degree lenses with f/2.8 aperture at the front and back, allowing them to shoot 360-degree footage.

The MAX, on the other hand, has the PowerPano feature, which allows you to take 6.2-megapixel panoramic photos with a 270-degree angle of view. This feature is not available on the Fusion.

The Fusion could record 360 videos at 5.2K resolution when it was released. A year later, the software update brought this number up to 5.6K at 24fps. The GoPro Max maintains the same resolution, but the frame rate is increased to 30fps. Although this may not seem like much, it is a significant improvement over the Fusion. GoPro also uses better sensors and video processing chips in its newer products. You can expect a slight improvement in video quality, but not a significant one.

The Max no longer has the 18-megapixel resolution that it had on last year’s model, instead opting for lower quality photos at 16 megapixels. Even if superior hardware can make up for this, it would have been nice to see an increase in resolution.

The first GoPro Fusion had a couple of drawbacks, including the fact that it needed two SD cards to function; the new model will only need one. This gadget’s user-friendliness has improved even further, making it more affordable. The Fusion was able to shoot 360 videos at a bit rate of around 120Mbps thanks to its dual SD card setup; it’s possible that the new Fusion Max will sacrifice some of this high bit-rate video for a more user-friendly configuration.

The Fusion had one of the most impressive audio systems of any 360 camera when it was released. The camera has 4 microphones and can create ambisonic sound, which is a great companion for 360 videos. The Max improves on this by adding 2 additional microphones, making it a total of 6 microphones. GoPro claims Max’s audio quality is comparable to a shotgun mic. If so, the Max makes a great vlogging camera since it doesn’t require external audio.

So, what’s the verdict? The GoPro MAX is better for general use and the Fusion is better for more specialized 360° filming. If you want a camera to do it all, go with the MAX. If you need high-quality 360° footage, get the Fusion.

Both cameras have their pros and cons, so make sure to consider your needs before making a purchase decision.

Ultimately, which camera you choose comes down to personal preference. Try them both out and see which one feels more comfortable to use and produces footage you’re happy with. 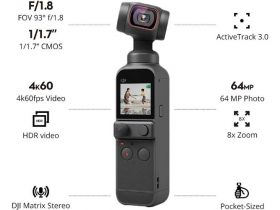