If you’re in the market for a new camera, then you’ve probably been hearing about the DJI Action 2 and GoPro Hero 10. You might be wondering which one is right for your needs. In this article, we’ll go over all of the technical specifications and show you what customers are saying about each model to help make your decision easier! 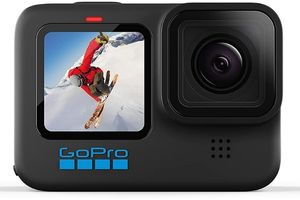 The GoPro Hero 10 is the most powerful GoPro to date. Its GP2 chip shoots 5.3K video with double the frame rate and 23MP photos. Plus, it features enhanced low-light performance and bar-shattering HyperSmooth 4.0 video stabilization in all modes. The Hero 10 is cloud-connected, so your footage is automatically uploaded to the cloud as soon as you charge it! 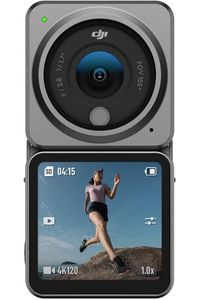 Capture your most thrilling adventures with the DJI Action 2 camera. With dual OLED touchscreens and 4K resolution, this camera delivers stunning detail and clarity. The 155° field of view provides an immersive experience, while the stabilization technology ensures smooth footage. And with the included underwater camera, you can capture amazing footage even below the surface.

GoPro cameras have remained recognizable in the market due to their consistent appearance for many years, with the main change being the introduction of a front color display on the GoPro Hero 9. The Hero 10 has a large touch screen on the back and a sensor on the upper left side of the body, much like its predecessor, the Hero 9. This is an action camera design that is quite similar to the DJI Osmo Action’s initial model.

The DJI Action 2, on the other hand, took a totally different approach with a modular square form. The sensor is located in the front of the camera, while the screen is at the back. The small size and weight are only 56 grams, much lighter than the 153 grams of the GoPro Hero 10. This may not seem like much, but this weight difference can make a difference if you are shooting for long periods of time.

In terms of Slo-mo shooting, both cameras deliver comparable speeds, such as 4x 4K and 8x in 1080p. Again, GoPro has the edge here by being able to record 2x slow-motion video in full 5.3K format.

Since the Hero 9, GoPro has emphasized the various upgrades available for its cameras, such as an installable fill-in light and a two-way microphone with the windscreen. However, with all the mods added, the GoPro Hero 10 really does look like it’s been inundated with accessories – the DJI Action 2, on the other hand, was designed specifically with mods in mind.

A small magnetic strip on the bottom of the Action 2 allows you to quickly attach and remove modules, such as a touchscreen module for video blogging and a power module for extended battery life. As with the Hero 10, various mounts are available for Action 2, such as head and chest mounts for first-person shots.

Unlike its predecessor, the DJI Action 2 now supports live streaming at up to 1080p 30 frames per second, a feature that has been available on GoPro cameras for quite some time.

Both Action Cameras are amazing, but the Hero 10 seems to win in many categories. The GoPro Hero 10 is better for shooting video while skiing or snowboarding and it has one of the best stabilization systems on any action camera currently available. While you get newer features with DJI cameras like voice control, ActiveTrack follows modes and Pano Mode (with Spherical Image), they do not compensate for what’s missing from them compared to the new Hero model by GoPro – image quality at night time conditions. Also if you take into consideration that DJI still did not come up with an official waterproof case for their сameras.