If you are looking for a new camera, then you may be considering the DJI Osmo Action VS Gopro Hero 8. Both of these cameras have their own strengths and weaknesses. However, this blog post will help to clear up any questions that you might have about which one is best for your needs! 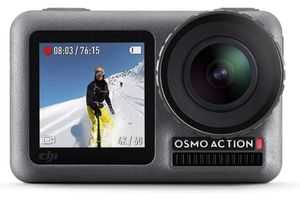 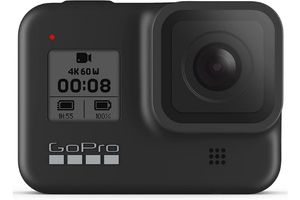 The GoPro HERO8 Black is the perfect digital action camera for capturing your most thrilling adventures. It features a powerful new stabilization system that delivers ultra-smooth footage, even when you’re moving around. Plus, it has a touch screen display for easy navigation and framing. And with 4K HD video and 12MP photos, you’ll be able to capture stunning images of your exploits.

The Osmo Action includes a front color screen, whereas the Hero 8 Black has a monochrome front display. However, with the introduction of Hero 8, GoPro has created a new type of technology. It is called “mods”, such as:

These modifications attach to your GoPro and transform it into a vlogging machine. You need to spend some extra money on these things, but if you buy them you will not miss the front display.

Another difference between the Hero 8 and the DJI Osmo Action is its inclusion of flick-out magnetized mount fingers on the bottom. You may simply mount the action camera without a shell. If you don’t want to hold the DJI Osmo Action, you’ll need mount housing.

With the launch of Osmo Action in May 2019, GoPro faced criticism for its interface as it felt more intuitive and responsive than that on recent models GoPro. However, by October they had responded with CSM which allows you to create up 10 customizable scenes – perfect if your desired shot isn’t already curated into one!

Action cameras cannot replace the best DSLRs cameras for still photographs, but they continue to get better at that. Both cameras can shoot 12MP stills in JPEG or RAW. I love GoPro’s SuperPhoto mode, which automatically applies HDR processing, local tone mapping, or multi-frame noise reduction to each scene. It is possible to take a great photo without editing it on camera.

The Osmo Action may provide one significant advantage over the Hero8 when it comes to shooting in low light: an extended exposure time. While the Hero8 can achieve a decent shutter speed of 30 seconds, the Osmo can go as long as 120 seconds. This is a good feature for shooting the night sky. People who like this might need to take extra steps, like using a tripod.

The two cameras are not the same. Each camera has its own special features. The Osmo Action’s video quality mode, called High Dynamic Range (HDR), captures more detail in the light and dark areas of a high-contrast situation. This is ideal for a day at the beach or any other bright outdoor activity. Although GoPros don’t have a high dynamic range in the video (they do in still photos and time-lapses), they offer a special ultra-wide perspective in their proprietary SuperView mode. SuperView employs the whole 4:3 sensor area intelligently adjusting it to 16:9 widescreen without distorting objects near the middle of the frame. The result is a wider frame of the video that still fits the size. It looks good, too!

Both cameras are quite steady. When people compare it to gimbals, they aren’t incorrect. In some instances, you won’t notice a difference at all.

RockSteady stabilization is found in Osmo action. To date, it has the most complex EIS algorithms available.

HyperBoost, which was introduced in the Hero 7, GoPro Hero 8 has been improved and is now known as HyperBoost2.0. It offers a tighter crop of footage and better stabilization.

The DJI Osmo Action and the Hero8 both have time-lapse modes, but only the Hero8 has a hyperlapse mode TimeWarp. A hyperlapse is a video in which the camera is moving. It’s like a time-lapse, but it’s also moving. The Hero8’s TimeWarp can now be used to set the hyperlapse speed dependent on the camera’s movement, so you’ll always get a decent result (or manually adjust the speed if you want). You may also slow down the hyperlapse to real-time.

After comparing the specifications and tests of the DJI Osmo Action and GoPro Hero 8, it is clear that they are both great cameras. However, there are a few key factors that could help you decide which one to buy.

The first consideration is price. The DJI Osmo Action is slightly more expensive than the GoPro Hero 8, but it does offer some extra features. If money is not an issue, then the DJI Osmo Action would be a better choice.

Another important factor to consider is portability. The DJI Osmo Action is smaller and lighter than the GoPro Hero 8, making it easier to carry around with you. This could be important if you plan on using your camera for travel.